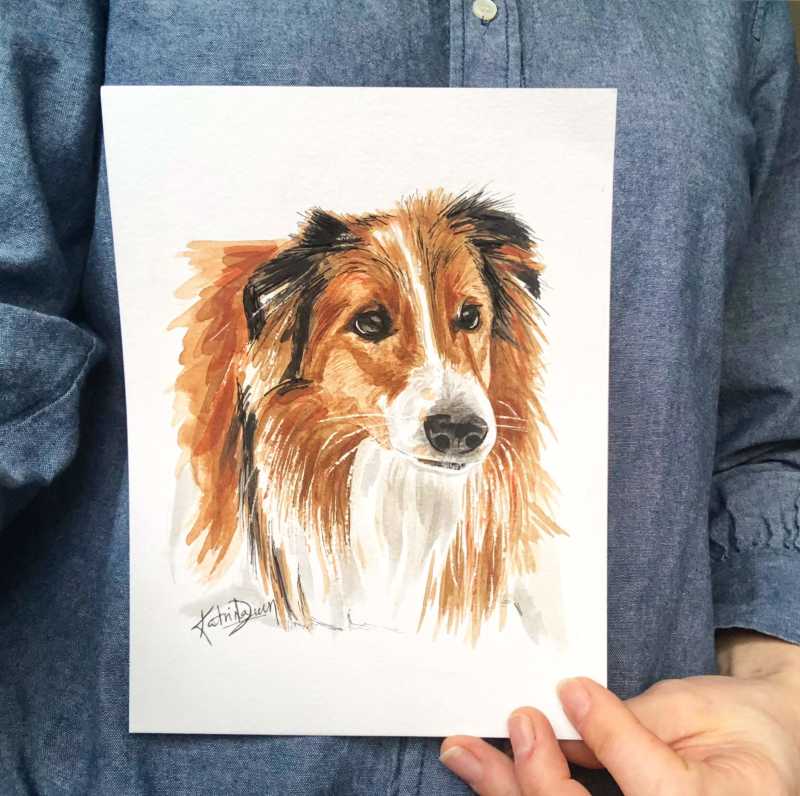 Venture belonged to Darcie and Mitch. Darcie commissioned a pet portrait of Venture as a surprise for Mitch's birthday. They had many years with him before he had to be put down due to unusual health circumstances, which was devastating for the couple.

Darcie submitted several photos of Venture to give a good sense of his colouring, which was a brilliant copper, mixed with white. One might think to attain the copper with brown paint, but I kept stirring more and more orange into the palette to get the proper tone. Along with accurate colouring, a pet's eyes are always so important in a pet portrait, and Venture's are captured with depth. Of the photos submitted, Darcie gave me leave to select the photo I thought best for the painting, and this one really captured his face so beautifully.

"Katrina! WOW! We received your incredible painting yesterday. THANK YOU so much, it was such a special moment to open it and tears were had for a long while. You captured him perfectly, I love the photo you chose. The colouring is amazing - just like him. Thanks so much, we're so happy!!"